Entrepreneurship, passion for engineering and the realization of ideas before 1978....

It was the end of 1974, after finishing a 5-year project as a mechanical engineer, at the same time project manager, at Hoogovens IJmuiden (now a Tata Steel division) that Jan van Gemert was offered the opportunity to continue his career right there, with great prospects. However tempting, Jan knew that was not the future he aspired to. Already as a youngster what he really wanted was to be his own boss. That decision marked the moment Jan van Gemert first gave his aspiration a name: GEMCO. In 1975 Jan considered if the realization of being his own boss would be feasible within the family business. He concluded to pursue his goal otherwise.

It was not until 1976 that under the name GEMCO, Jan van Gemert started as an independent consultant for the steel industry and was granted his first assignment as a consulting engineer for the construction of a blast furnace for a new steel factory in Lulea, Sweden. Then the oil crisis broke out followed by a depression in the steel industry. The construction of the factory was canceled. The circumstances required creative thinking, including setting up partnerships and as good friends dissolving partnerships. After all, "nothing ventured nothing gained". The experiences were the best learning schools and helped determine what works and what does not work.

1978, in pursuit of new possibilities, GEMCO offered on a tender for a foundry project in Tanzania, issued by the Ministry of Development. GEMCO was awarded the contract. A turnkey foundry project encompassing engineering, equipment design, the building and furnaces plus complementory installations such as sandmixers, shotblasters and grinding machines.

At the time GEMCO held office at home, to be exact, in the garage.

Then another big project came in from the Ministry of Development. To build and install a maintenance workshop in Bangla Desh, for repair and keeping up hardware such as pumps and valves, required for irrigation projects.  Jan no longer worked alone, offered employment, and the GEMCO office slowly but steadily expanded into the kitchen and the living room. It was clearly time to arrange for proper business accomodation.

And so it happened, GEMCO's first office building with workshop opened in 1979 in Son, The Netherlands.

Jan van Gemert stayed at the head of the company until 2005. After which Bas van Gemert took the helm. 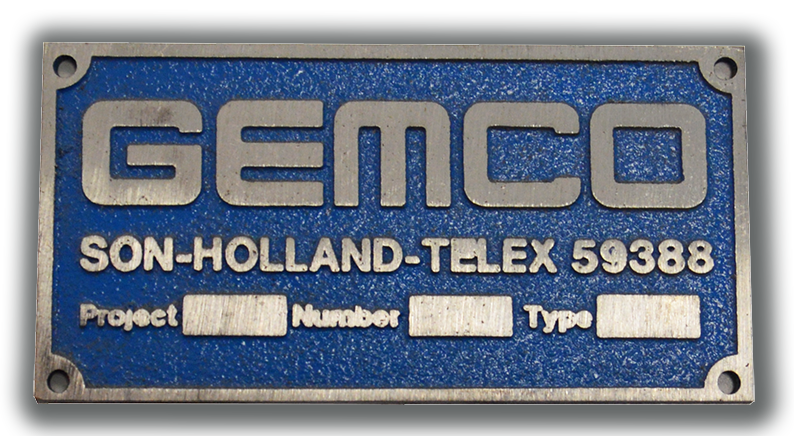 "... it was the first thing I really wanted: being my own boss.

If my father had gotten his way, I would have been in the company that he ran together with two other brothers: Van Gemert Wanroij. It was a factory of agricultural implements, founded by my grandfather. In the time of reconstruction after the Second World War they went into tractors. They also got the dealership from Ford and had a prosperous company that gave employment to about a hundred people ..."